4,5 (20)
Write a Review!
OverOps tells companies when, where and why code fails
See alternatives

OverOps tells companies when, where and why code fails in test and production. OverOps identifies new and increasing errors, anomalies and regressions directly from the running application, without relying on log files, and provides True Root Cause for each. With OverOps, companies can:
- Identify critical issues in the application, including ones that don't appear in logs.
- Prevent bad releases from being deployed.
- Resolve issues in minutes, with source code and variable state.

OverOps provides Automated Root Cause (ARC) analysis, which reduces companies MTTI and MTTR by over 90%.

We help over 200 enterprise customers such as Fox, TripAdvisor, Zynga, Comcast and Intuit know when, where and why their code breaks in staging and production. With OverOps, these companies identify and fix critical production application errors before they impact the end users and customers.

How do we do it?
OverOps tracks all exceptions and log errors on staging and production JVMs, down to the exact code and variable state that caused them. Unlike traditional error resolution tools and logs, each event is instantly analyzed and displayed with its full context.

OverOps offers better application performance by:
-Alerts when code breaks in staging or production
By analyzing data from all exceptions and logs easily, in real-time, without having to be dependent or sift through log files.
-Complete Variable State Behind Each Error, Exception and Issue
With OverOps it’s easy to visualize your log errors and exceptions, without having to parse logs. The OverOps dashboard gives you the complete code, including the relevant variable state behind each error with a single click.
-OverOps Fits Your Existing Workflow
Don’t change your current workflow. OverOps offers seamless integration with your favorite tools and services, such as Graphite, HipChat, Elastic, Slack, Splunk, PagerDuty, AppDynamics, Datadog and many more.
-Get started right away
OverOps installs in minutes and requires no code changes. Since it runs as a simple Java agent, there’s no need to change the code or the build. 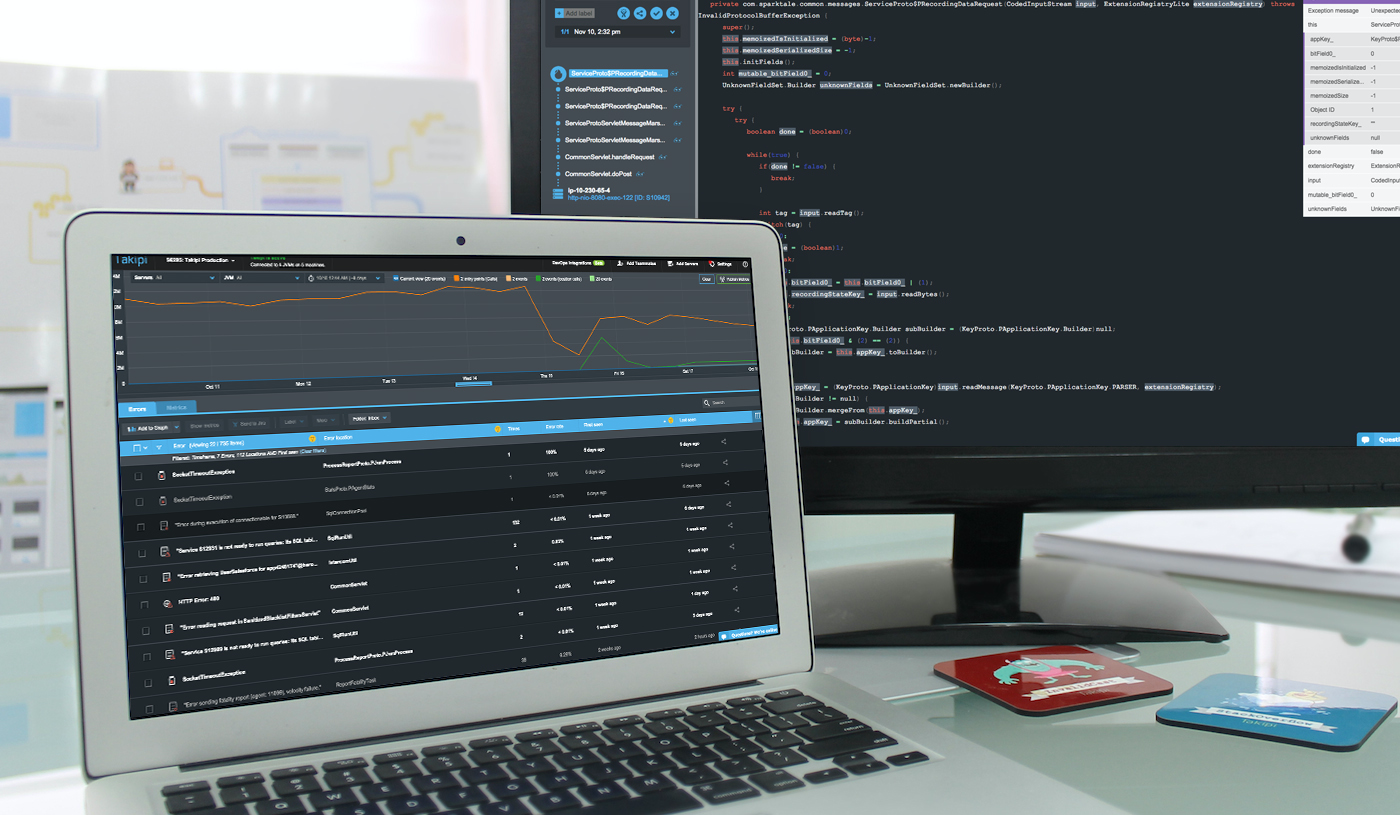 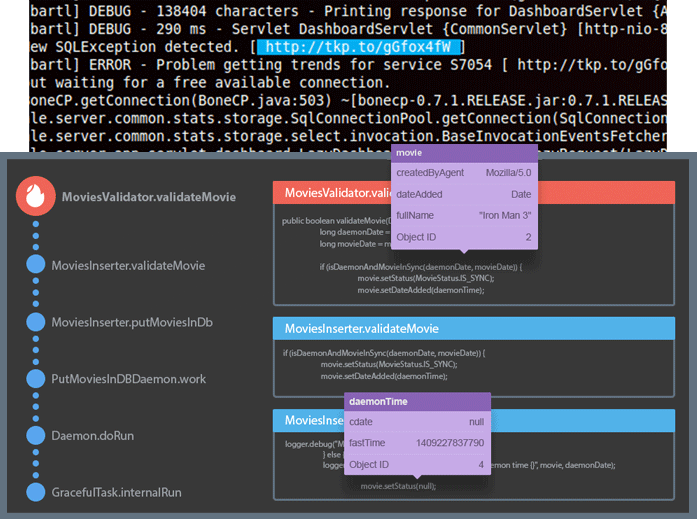 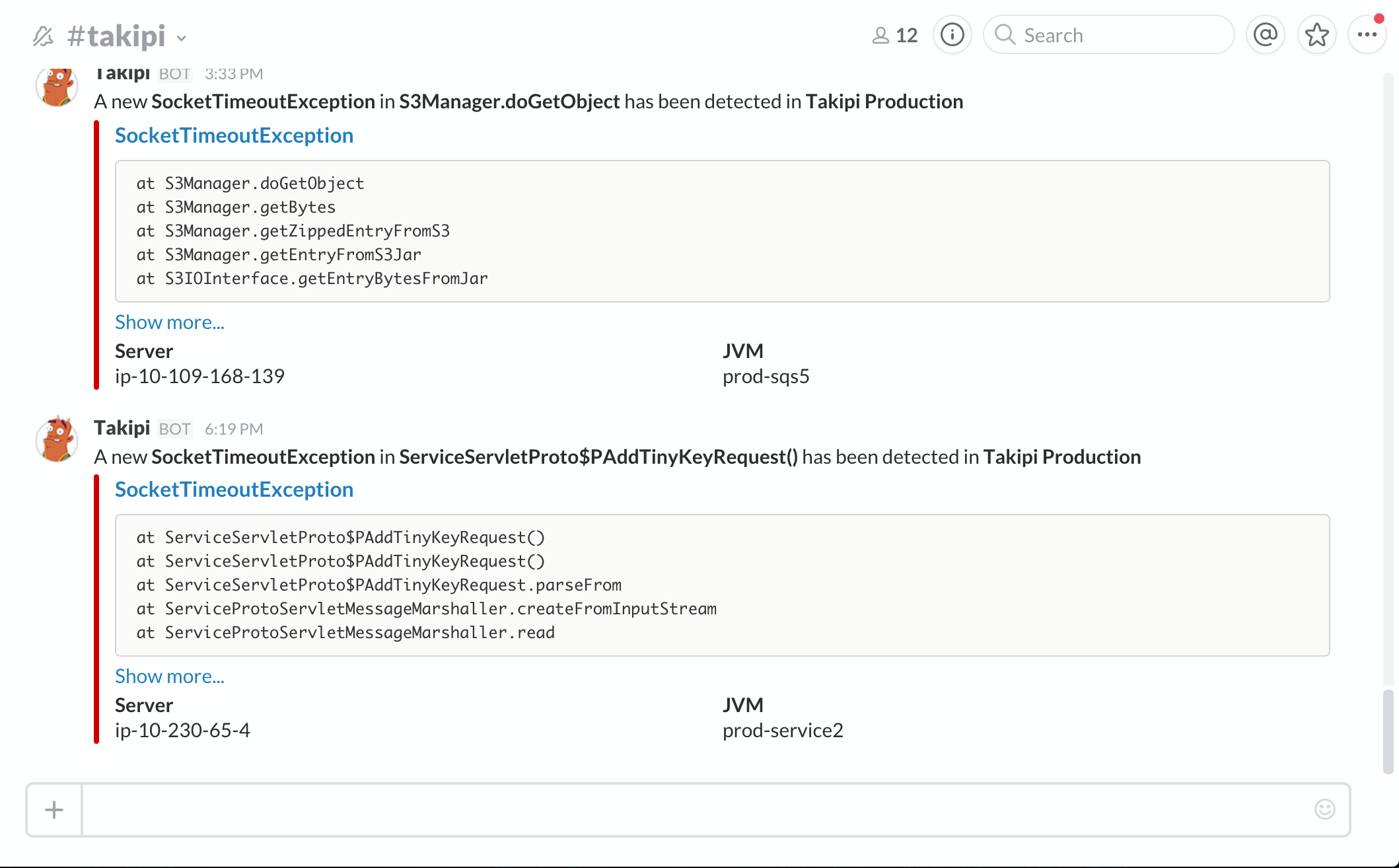 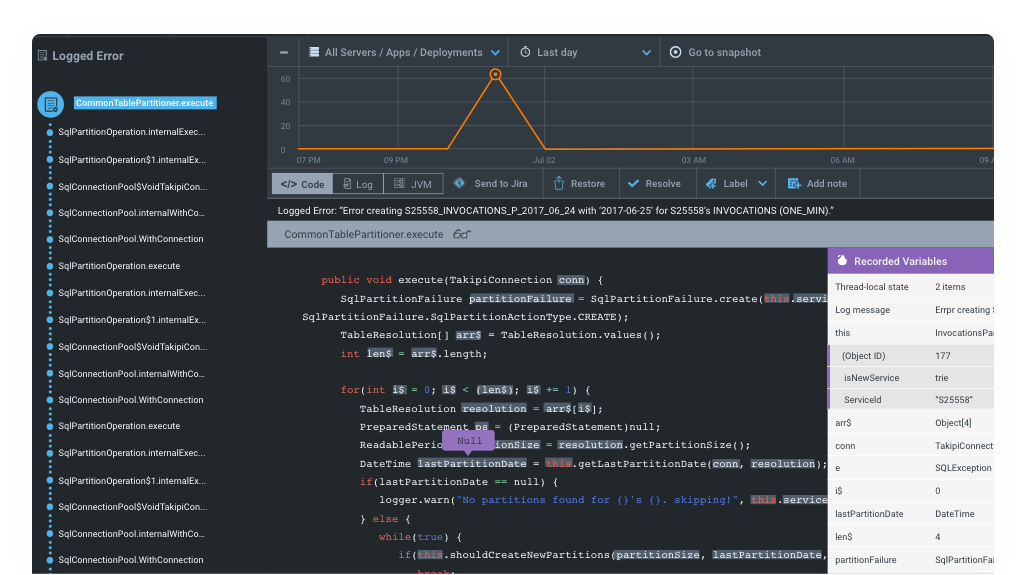 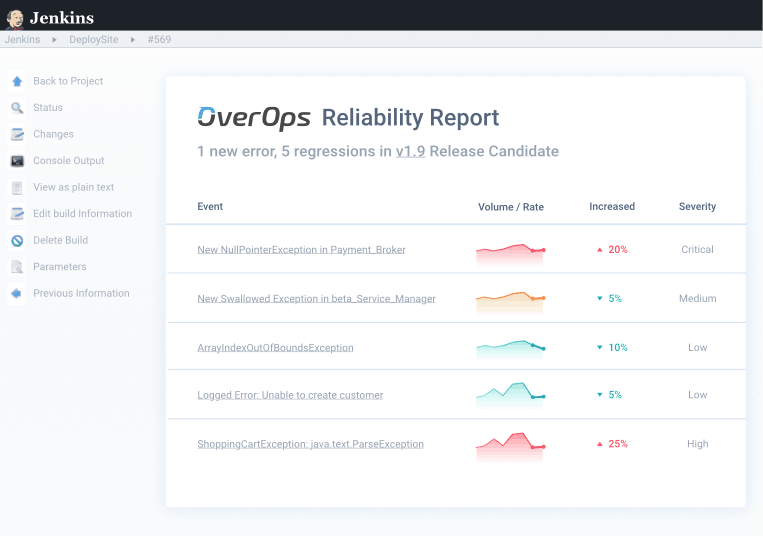 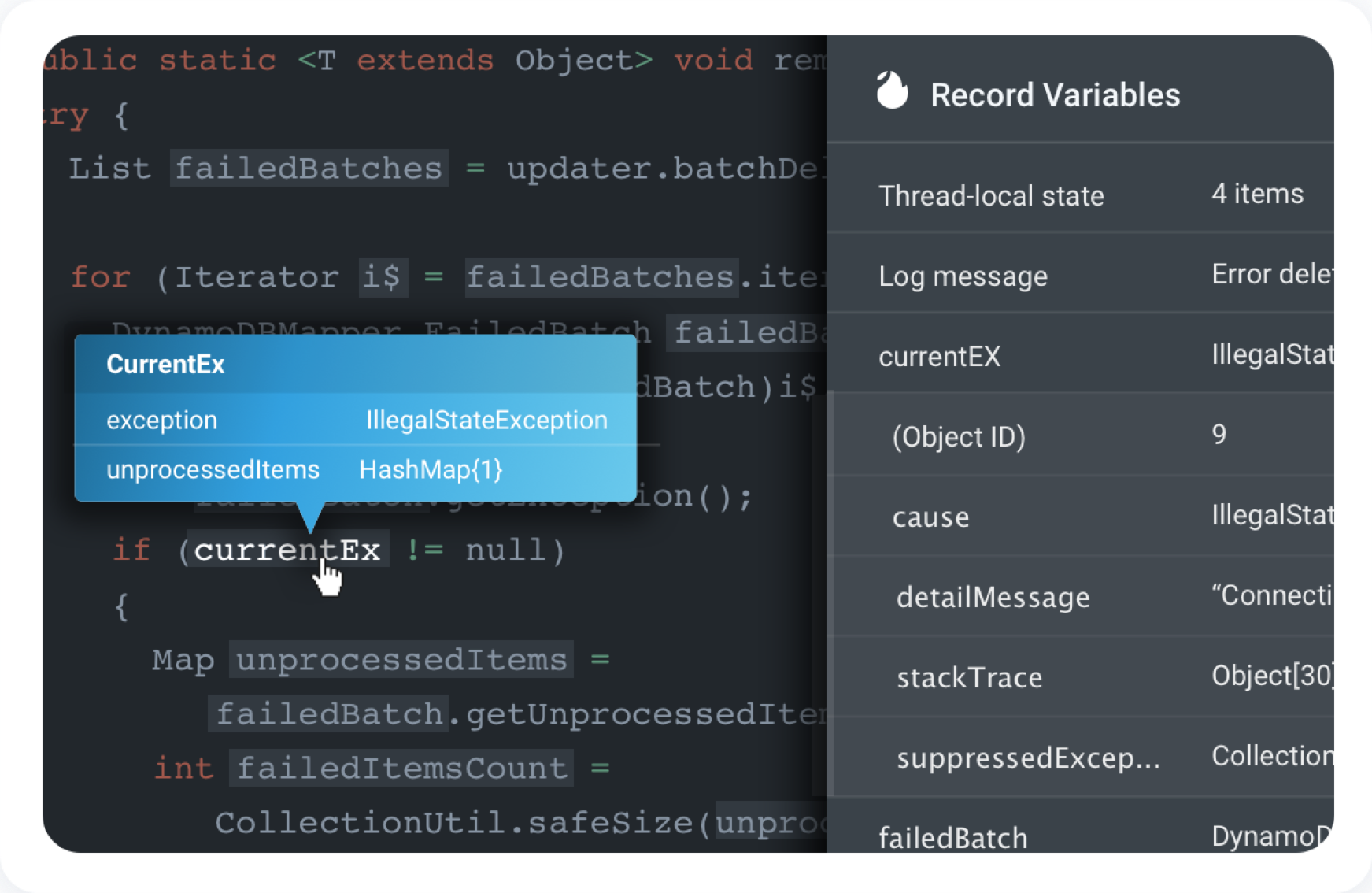 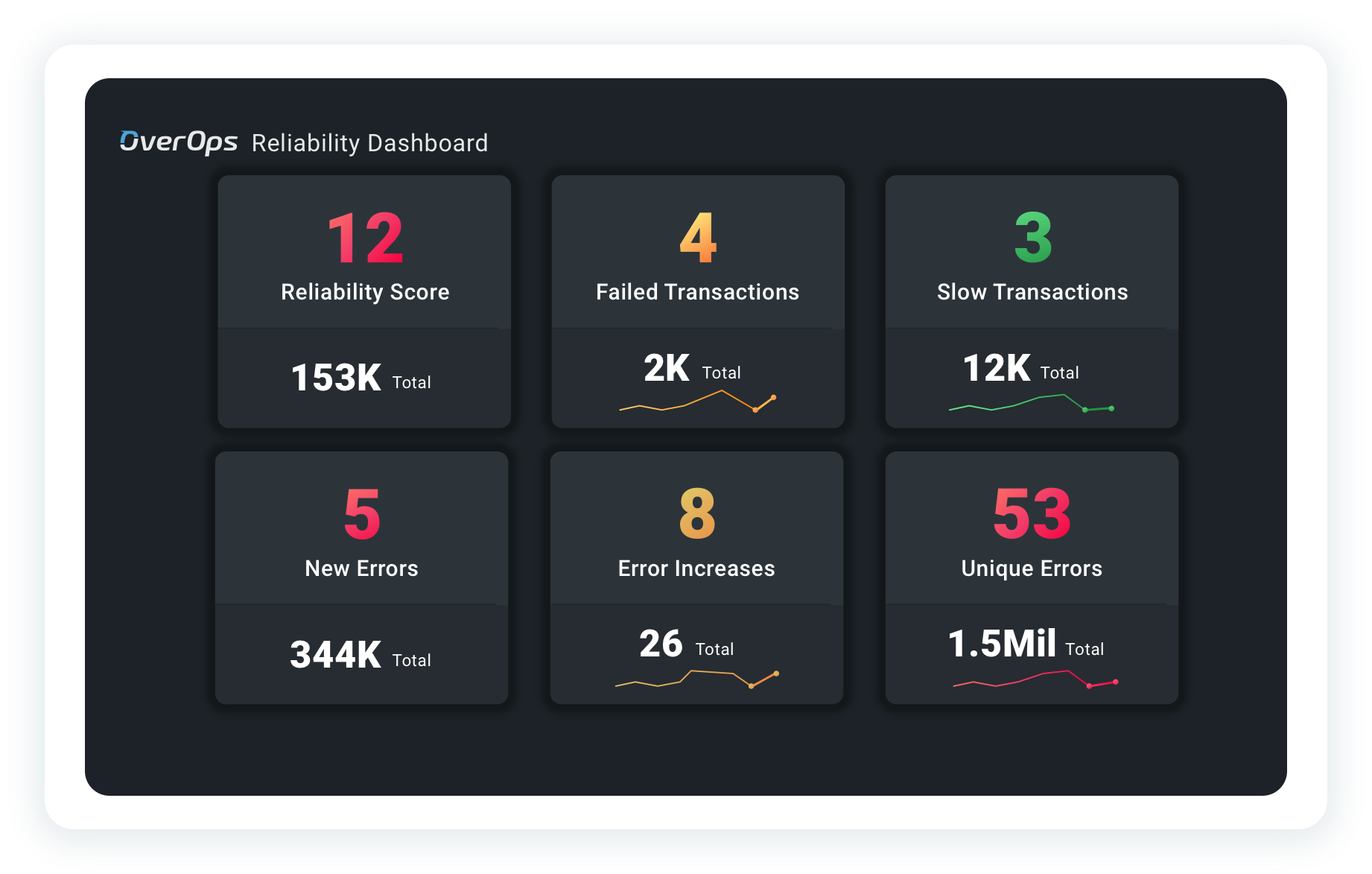 4,5
#2 Alternative to OverOps
New Relic One is the all-in-one web and mobile application performance management provider for the cloud and the...
Learn More

4,6
#3 Alternative to OverOps
Splunk Enterprise is a cloud-based platform designed to assist businesses with big data management and analysis of...
Learn More

4,9
#4 Alternative to OverOps
germain APM is a cloud-based and on-premise solution designed to help businesses in industries including finance,...
Learn More

I haven't used OverOps before I joined this company. Fixing production issues had never been easy....

I haven't used OverOps before I joined this company. Fixing production issues had never been easy. I highly recommend to use this product for Java services.

As a software developer, I don't monitor OverOps regularly. But, when we detect any error or bug from our logs, we can easily access the "event" that OverOps provides link in logs.
It's absolutely convenient and the information provides OverOps is amazing. The snapshot contains all variable values and stack traces so that developers can easily see what's wrong in code or data.

Overops groups similar events. Sometimes it's hard to find the exact "problem" even with a link provided in the log.
And I see some lags when we browse events by selecting date/time range and servers. It may be because of the size of our system, but it could be better.

I only have OverOps experiences with Java microservices, I am not sure how it supports other frameworks. (e.g. Node.js or Golang )

We are always aware if the current release will fall due to real time notifications by overops....

We are always aware if the current release will fall due to real time notifications by overops. Devs just gets notified in slack and we get the details as to why accurately.

We like how it can be integrated to slack. We can attend to all of the issues real time.

Sometimes loading the link for the issues takes time. I think this is normal but I believe can always be improved.

The customer support is generally very good. The concept is outstanding. Being able to record runtime state in production for post-mortem debugging is utterly amazing.

There are a number of critical application issues described below, but the chief con of Overops is the price. This is *at least* an order of magnitude more than the value that Overops provides, and is a kick in the teeth for surely most startup-level organisations, particularly ones like ours that helped them grow their business.

There were at least 3 occasions in 2+ years of use that Overops (previously Takipi) released updates to their agent (which runs in our production JVM) that caused the whole jvm to segfault. This is a pretty poor track record (and it's more than a little ironic that this happens with a *software quality tool*).

In all that time we never succeeded in getting a noise-free or complete exception notification channel between Overops and our Slack installation. It would fail to notify about most errors, and routinely report errors we had attempted to filter out. This persisted despite numerous sessions with app engineers.

Great tool which has helped our software developers in debugging any issue in very short time. Its greatest features are the dashboard which shows the trend of exceptions in your system and its capability to show stack trace and the variable values preserved. Integrating any new application is also very easy.

I think the configuration of alerts could be simpler.

Helps much with software consistency

We have Overops both in production and development environment and it's doing its job well.

We have Overops both in production and development environment and it's doing its job well.

some intermittent issues are very hard to trace where most pro engineers will somehow reliant with notifications from overops.

If there is, it's always on the loading times when opening the logs. There's always a better way of making the load times faster.

Showing 5 reviews of 20 Read all reviews

Q. What type of pricing plans does OverOps offer?

Q. What are the main features of OverOps?

We do not have any information about OverOps features

Q. Who are the typical users of OverOps?

OverOps has the following typical customers:

Q. What languages does OverOps support?

Q. What other apps does OverOps integrate with?

OverOps integrates with the following applications:

Q. What level of support does OverOps offer?