Organization is key to achieving increased productivity and a higher level of efficiency within the workforce. The modern day workforce is diverse and multi-locational. Mitrefinch enables businesses to keeping track of employee activity which is a key factor in maintaining and achieving business goals successfully.

In today's work environment, the landscape is ever changing. Staying in control of employee time and attendance is crucial. With Mitrefinch, managers are able to understand the skill set of individual employees, and hence determine better work schedules for any shift or department.

Reducing costly errors that occur when manually inputting data is one of the main benefits associated with a time and attendance system. Mitrefinch's system automation is key for collecting, collating and reporting on workforce data. The majority of successful businesses identified early on in their growth process, the importance of a system that manages the workforce. Mitrefinch enables businesses to do just that. 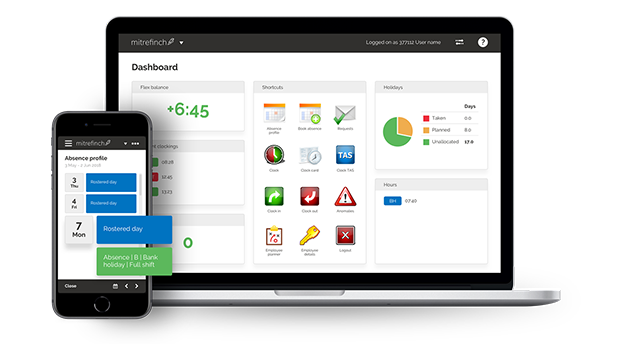 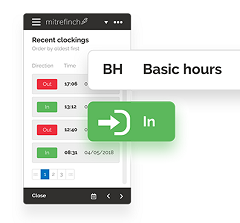 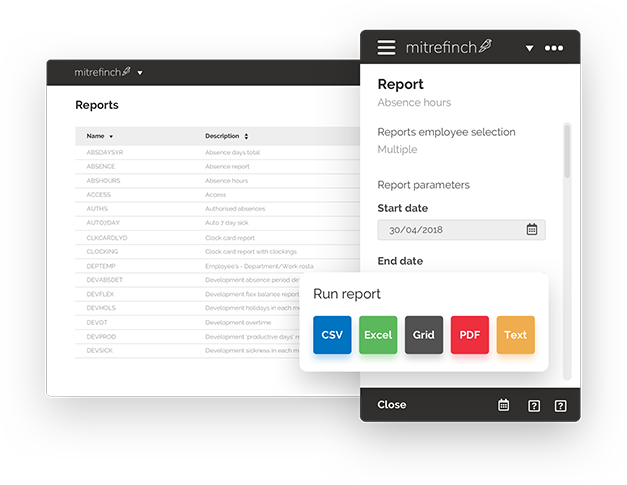 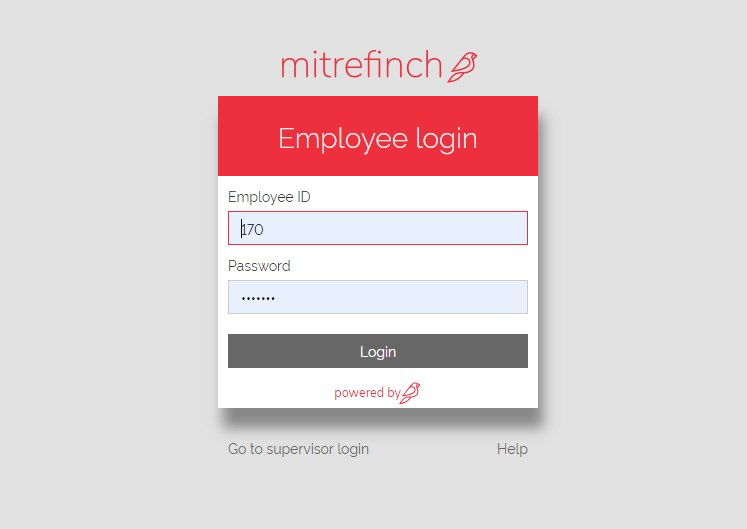 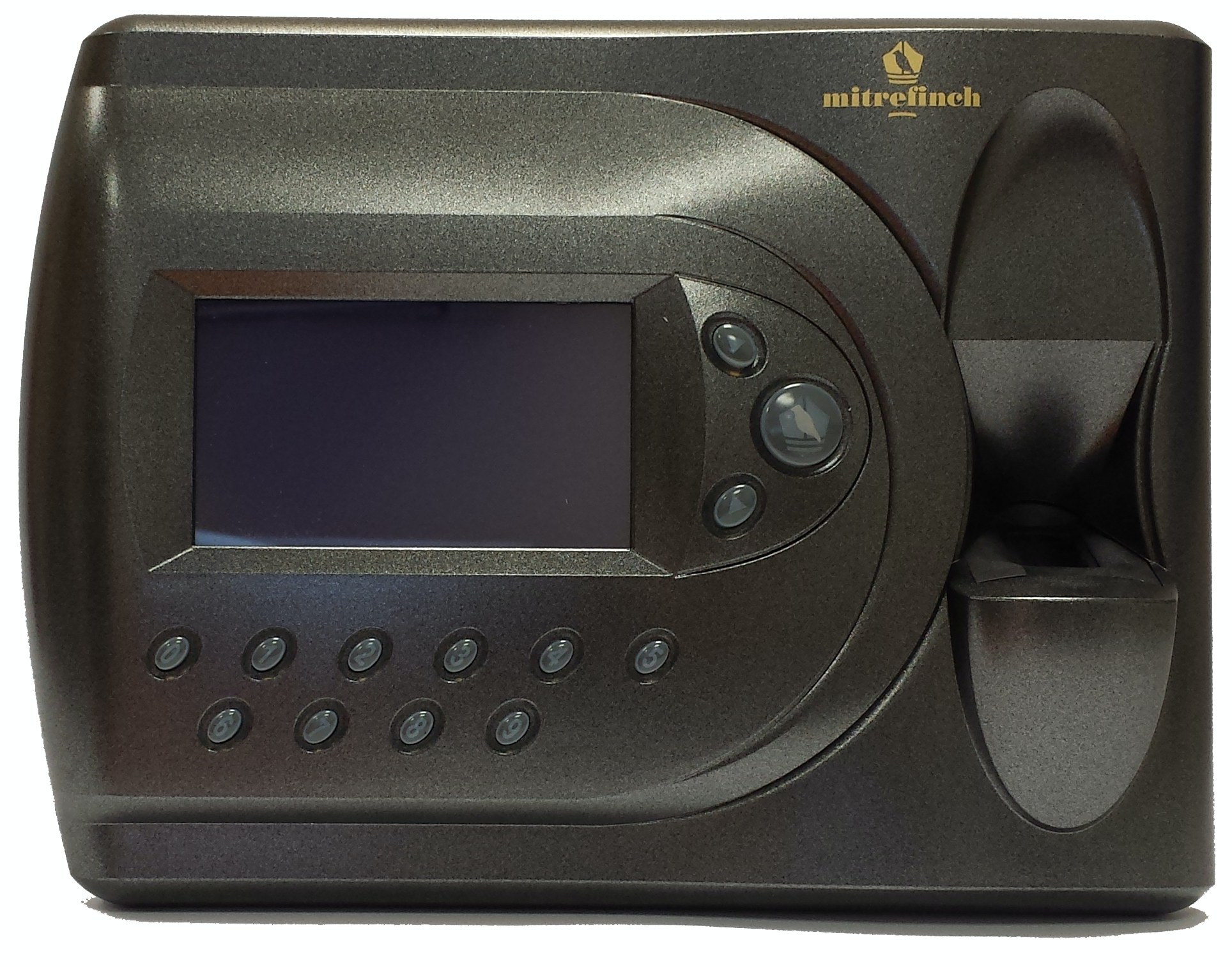 4,7
#2 Alternative to Mitrefinch
Workzoom is the all-in-one Talent, Workforce and Payroll solution that engages your employees, enlightens your leaders...
Learn More

We've had TMS for 6 years now, I find it very easy to use

We switched to TMS from another Time and Attendance software that was made solely for Public Safety...

We switched to TMS from another Time and Attendance software that was made solely for Public Safety and did not suit our needs, it was very cumbersome and hard to figure out. TMS was much easier to use and manage.

We are still on version 7 and have not upgrade to version 8. The software is easy to use, fast, easily customizable, quick to learn, and can integrate with other payroll software

Sometimes support can be slow, it's gotten better than it used to be. Reporting can be slow as well when done on all employees, we have about 750.

I have used this solution for time keeping (desktop and mobile), employee data and status...

I have used this solution for time keeping (desktop and mobile), employee data and status management, labor costing and leave administration. Advance Systems' solution is easy to use; the support is excellent and very responsive!

I gave specific system requirements for labor costing and reporting; they nailed them all.

I like the calc features that let experienced users customize the software for their organization. I also like the fast response of the support team.

I became the Time and Attendance administrator after it had already been selected and partially setup. I found it challenging to learn how to use all the features of the software - a fully documented users guide for administrators listing all settings and codes in WINTMS would be extremely helpful.

Advance Sytems TMS - Too bad I couldn't give it 6 Stars!

We've now been TMS users for more than a year. We happily renewed our Support Policy just recently,...

We've now been TMS users for more than a year. We happily renewed our Support Policy just recently, at a very reasonable price. Although we've only had to call Advance one or two times, their response has been phenomenal.

Just a few weeks ago, I noticed that calls weren't being updated in TMS. I nearly panicked. I had thought that we had lost a number of days of data. One call to Advance and they were logged into our system and in a matter of less than an hour, data was restored and the system was operational.

When I first decided on TMS, about 18 months ago, I was wary that the 'real' costs were going to far in excess of what we were quoted. I thought that we'd be charged for additional seats even though the total numbers we needed stayed constant, just the users changed. However, the only additional charges were when we increased the total number of actual users. And that is a ONE time payment.

In addition, Advance put us in touch with a remote call service that was just as upfront as they are. We selected a plan back in the beginning and haven't had to upgrade and/or improve it since. During the selection process I evaluated calling plans that were literally 10X more expensive, each month!

There hasn't been an aspect of our implementation that wasn't handled professionally and on time. We even moved to newer servers over the past year and that went so smoothly, we hardly noticed.

Advance Systems has been a world class choice for us. Price, performance and support, a 6 star rating doesn't do it justice.

Showing 5 reviews of 15 Read all reviews

Q. What type of pricing plans does Mitrefinch offer?

Advance Systems' pricing structure is based on consultation with clients. Getting to understand the challenges faced by a business helps Advance Systems to tailor a price which reflects individual goals and expectations. Pricing is based upon an organizations' workforce rules and the level of development and implementation that is required.

Q. What are the main features of Mitrefinch?

We do not have any information about Mitrefinch features

Q. Who are the typical users of Mitrefinch?

Mitrefinch has the following typical customers:

Q. What languages does Mitrefinch support?

Q. What other apps does Mitrefinch integrate with?

We do not have any information about what integrations Mitrefinch has

Q. What level of support does Mitrefinch offer?