CheckMarket is a cloud-based survey solution which enables users to create and conduct surveys in 47 languages, with survey templates, custom design and branding, multi-channel distribution, third party integrations, automatic notifications, real-time reporting, and more. The software can be used for any type of survey, from customer feedback to employee satisfaction, by organizations of all sizes.

CheckMarket’s WYSIWYG text editor allows users to create richly formatted surveys and email invitations without requiring knowledge of HTML. The inline question editor also lets users edit questions while viewing them as they will be seen by respondents. 20 different question types are available, with common types such as checkboxes, radio buttons, matrices, drop-down lists, and rating scales, and special types including Net Promoter Score (NPS), upload videos, photos, files, sliders, and more. Media files, such as images, PDFs, and flash elements, can be uploaded into a centralized repository and included in multiple surveys without requiring separate uploads each time.

While CheckMarket’s tools are available in English, French, and Dutch, the survey interface, including ‘Next’ buttons and specific instructions for required questions, can be offered in 40 different languages which include Arabic, Chinese, Japanese, Korean, Hebrew, Greek, Russian, Polish, Spanish, Portuguese, German, French, Turkish, and Swedish. Results from multilingual surveys are collected in a single pool, and can then be analysed together or separately. Data is presented in real time on the built-in dashboard, including response rates, bounced mails, survey status, remaining time, panel size, email queue, and more. Interactive real-time reports can be created as soon as a survey is launched, with filters allowing users to drill-down into the underlying data, and inbuilt text and sentiment analysis capabilities for automatic tagging of responses. Cross-tab analysis can also be carried out to visualize the relationships between responses given for two questions within a survey. 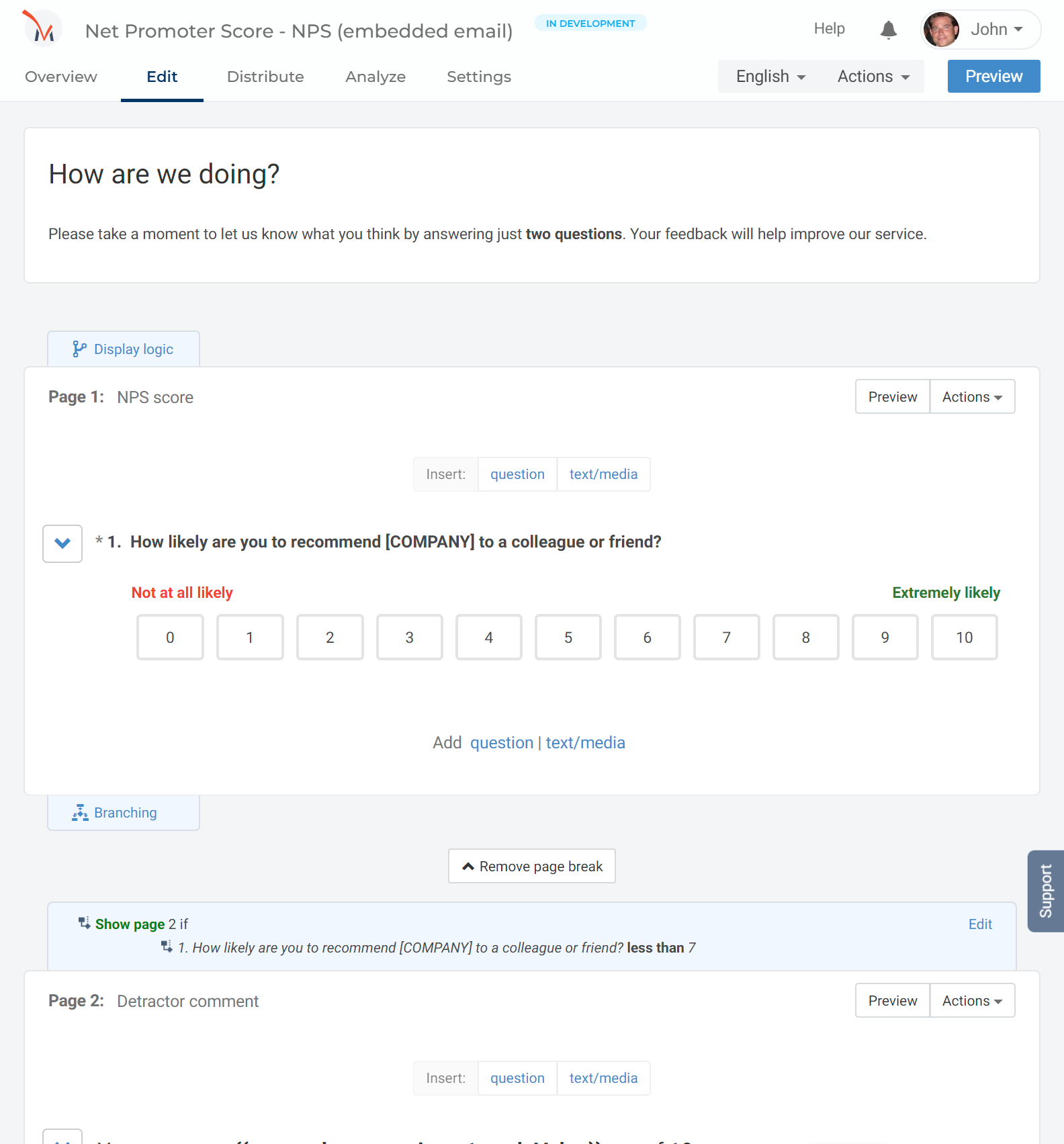 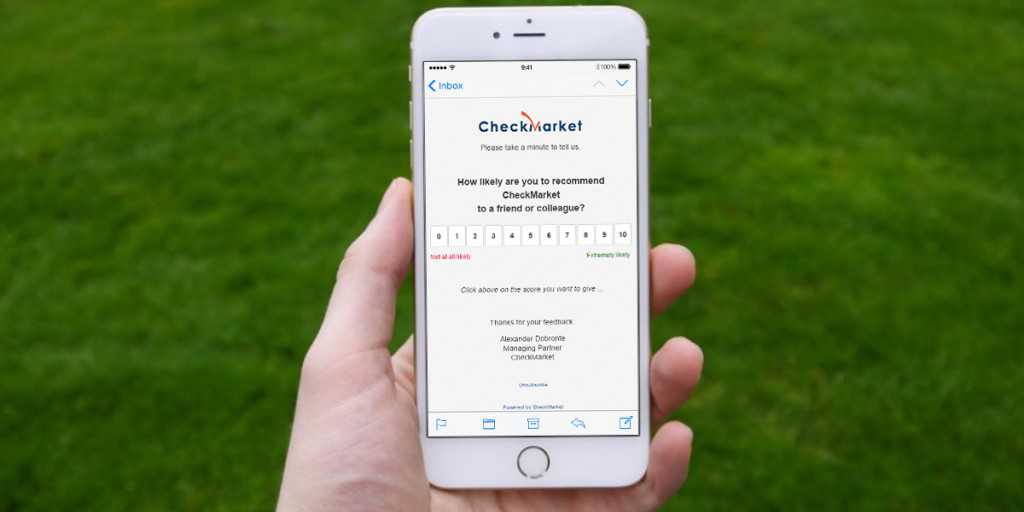 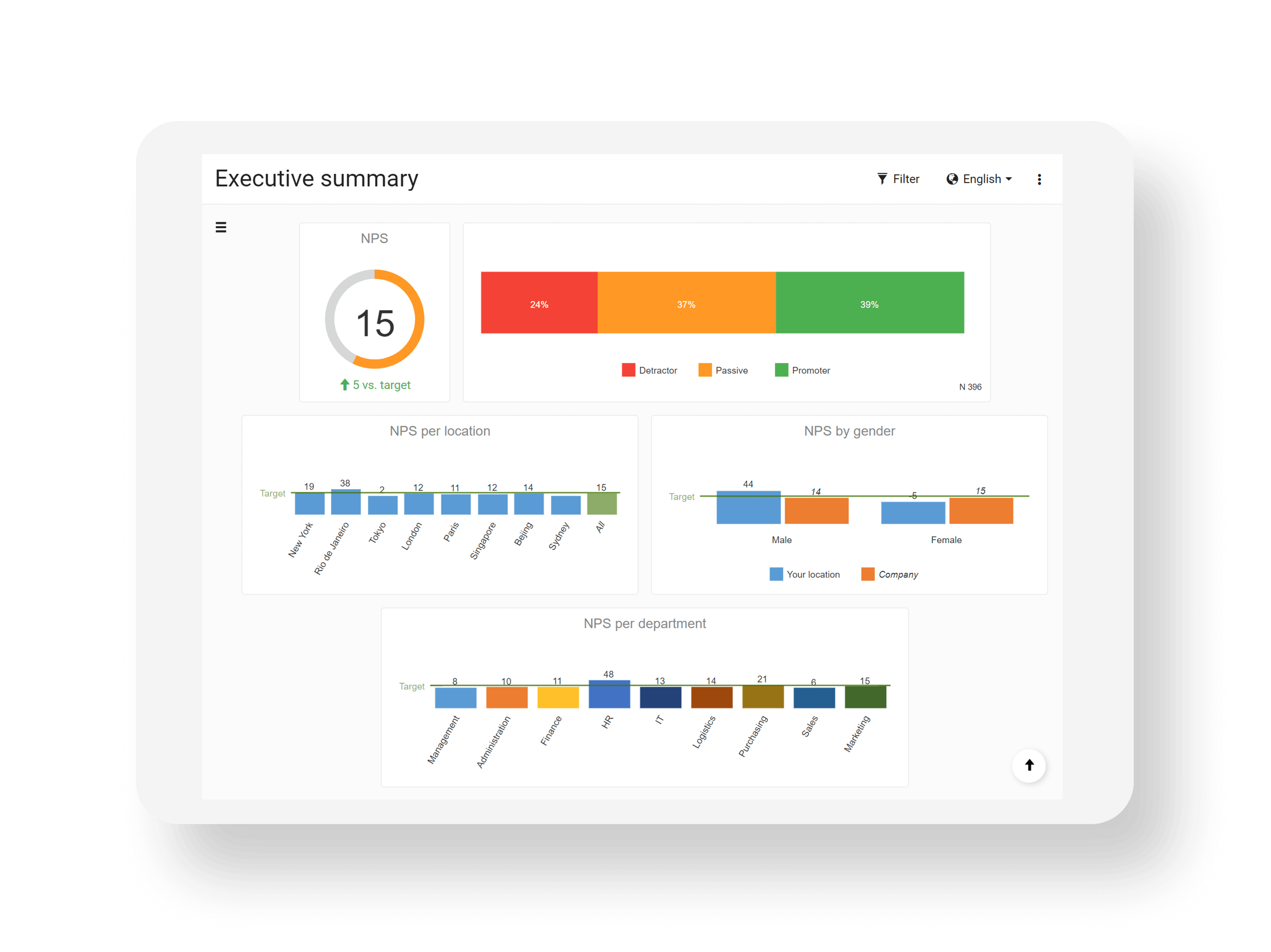 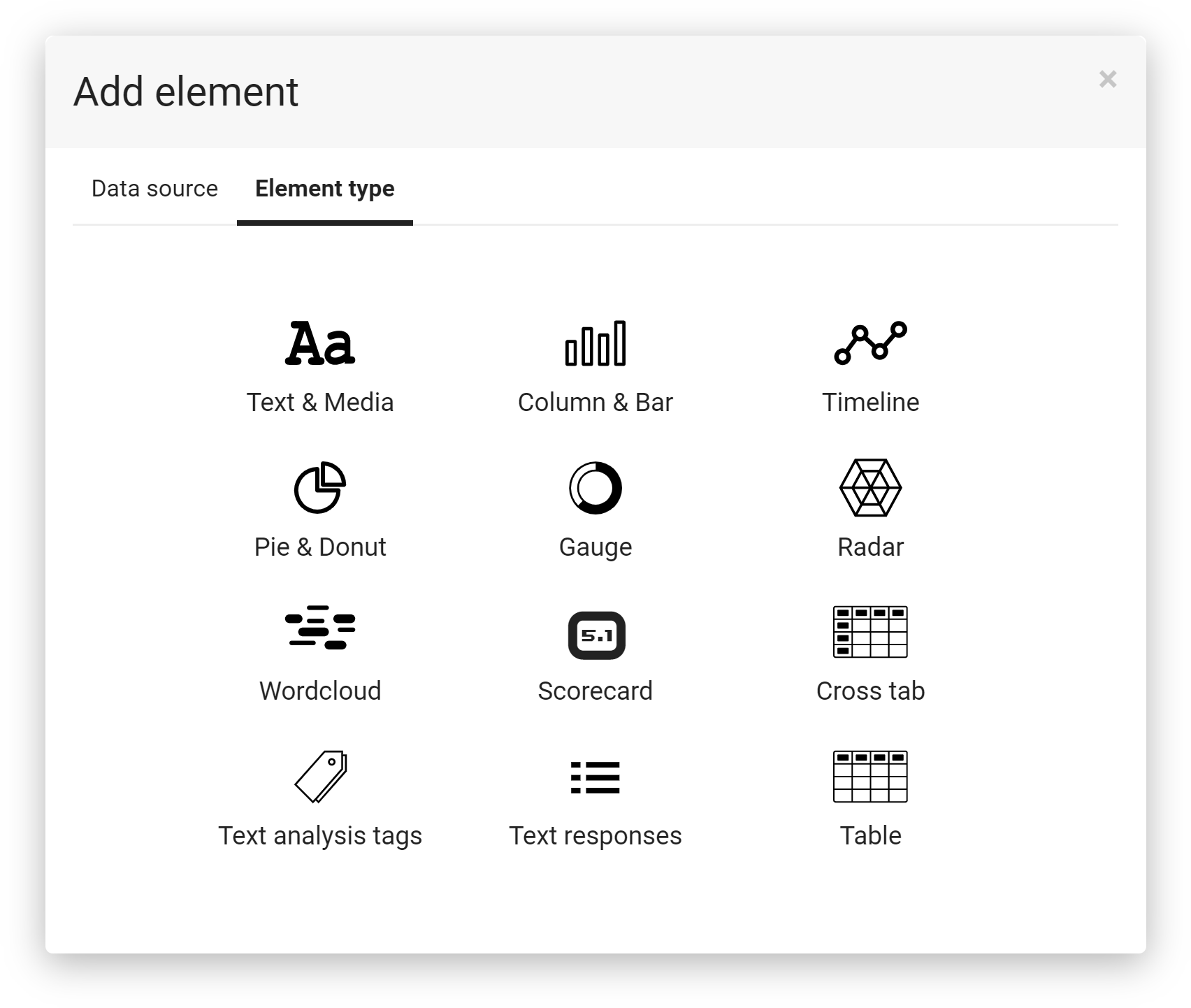 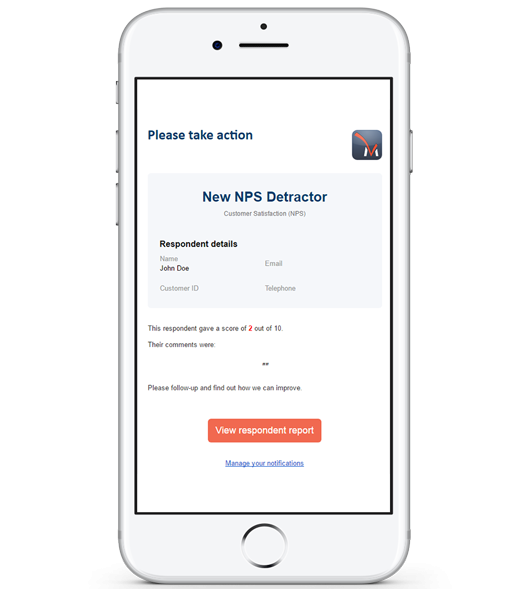 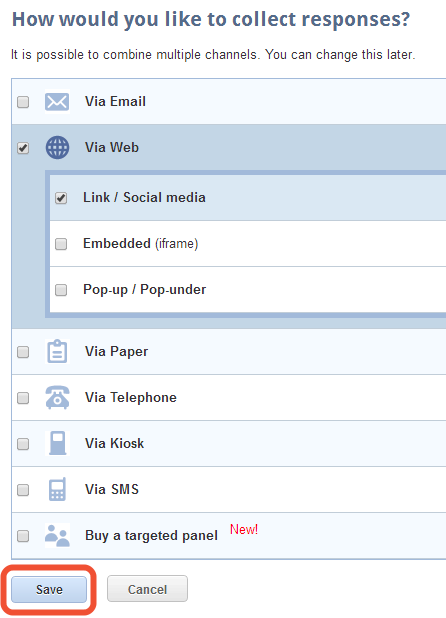 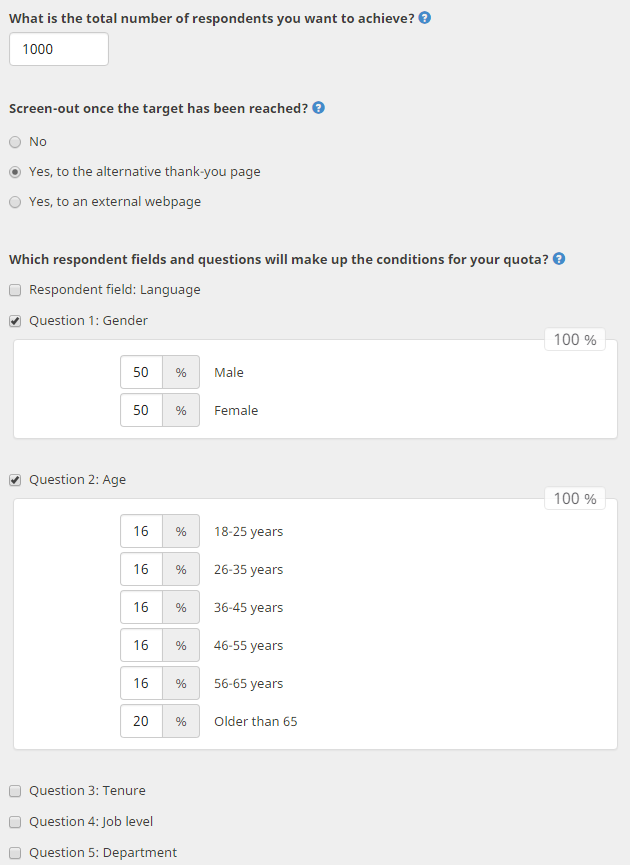 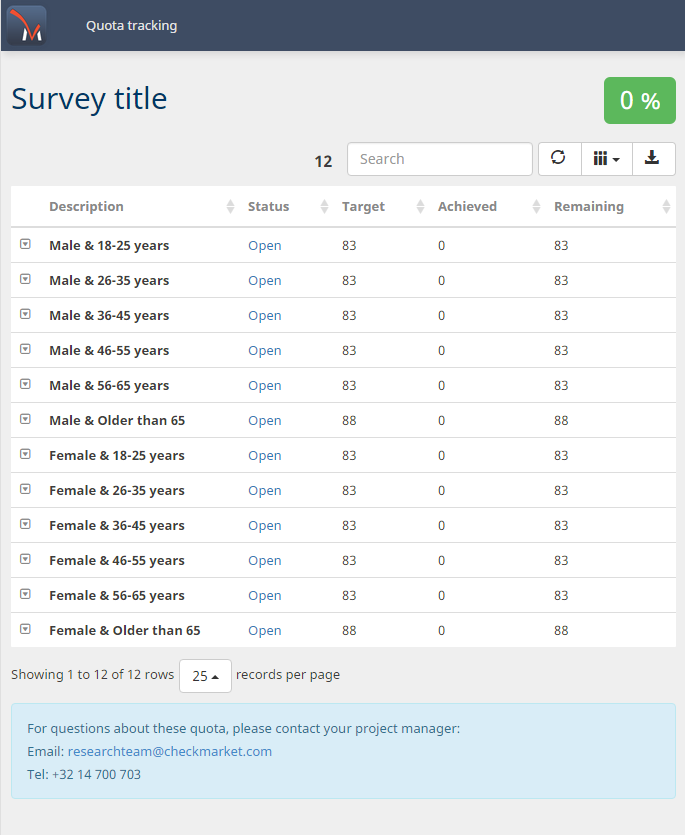 4,6
#1 Alternative to CheckMarket
Trusted by 98% of the Fortune 500 and used in over 350,000 organizations, SurveyMonkey’s People Powered Data platform...
Learn More Compare

I use it internally & externally. It looks professional and it's efficient tool overall.

I use it internally & externally. It looks professional and it's efficient tool overall.

The customer service is the best thing about this product. Even if I don't understand something at once, I am only one call away from the solution. They are very friendly and really patient, even if I have the most stupid questions!

If I want send a mailing from CheckMarket to track the surveys, it might come in the spam inbox.

I highly appreciate all the professional help we get from the checkmarket support team & the online...

I highly appreciate all the professional help we get from the checkmarket support team & the online support pages. When speaking to the team, there is not only always timely & client friendly feedback, but also always straight to the point = excellent understanding of my issue & solution approach. The team usually directly offers one or multiple solutions to the problem raised (e.g. complex configuration), plus an explanation of what happened or why my config didn't work as expected, so it allows me to build my knowledge over time and get the best use out of the tool. Honestly one of the best tool & client services I've ever experienced on the large landscape of online tools I continously use.

Extremely flexible / highly customizable to specific needs, and a million possibilities to configure the surveys as you need them, in terms of branching/prefill/depending fields/CSL coding, etc but also branding-wise.
We also appreciate the notification feature that can be based on various conditions, we love the easy buildable online dashboards, easy filter.. ability to share (protected or non-protected) those dashboards, possibility to use an own domain.
Of course we highly appreciate the features to manage imports/exports of data in bulk and the different distribution channels and possibilities, even to be able to link surveys in between them. The software is also very intuitive and support pages (+ the support team) are well done and are very useful.

In certain cases (specific needs) we have to work with complex turnarounds to get to the ideal configuration. For branching the IF + AND + OR is great but especially with the OR certain cases are not technically working well, and we need to put quite time consuming workarounds in place. Another little frustration is the survey pdf - so this one is GREAT GREAT GREAT to have and broadly/very much used, but if we could customize (at least slightly) in between different surveys that would be a really valuable one too. One other feature we hope for is that text boxes keep the exact format of the text entered into the text box by the survey respondent (e.g. line breaks, bullets...) All I can think of for now :)

Not flexible, very limited, expensive (the change was made end 2016/Start 2017 so based on the Vocaza software / older version surely that was in place back then)

Reasons for Switching to CheckMarket

Easy to use, good insights and good support

We use it for internal and external surveys. I works good and is very flexible.

We use it for internal and external surveys. I works good and is very flexible.

We still need extra tools for reporting, so the output is not always suitable for us and there are limits on the respondents, which is sometimes a problem for us

We now have a tool within the company that is used by multiple teams for all kind of projects: from...

We now have a tool within the company that is used by multiple teams for all kind of projects: from large customer surveys and NPS surveys, to small internal projects as sending invites for events or polling our employees about their job. As the tool is easy to use and no training is needed, everyone can start creating surveys right away.

- 7/7 support with correct, helpful answers and tips & tricks. The response times are impressive
- A tool with lots of features, I cannot think of one that is missing.
- You can create and share custom dashboards and reports.
- You can set up closed loops for contacting dissatisfied customers.
- They have specific features for NPS surveys.
- Multilingual surveys are possible
- You can choose where in the world your data are stored.
- They offer additional services if you lack time or experience.
- The value for money is top.
- You can distribute surveys through multiple channels (including email, SMS, QRcode)
- Surveys and emails work great on mobile devices.
- The number of users is unlimited.

The reporting optiosn were limited but as they released a new version that allows you to create custom dashboards and reports with lots of features, I cannot fidn another 'con'.

The support is better.The tool is a lot more user friendly!! And the difference in cost is impressive.

Reasons for Switching to CheckMarket

The combination of features, unlimited users, 7/7 support and the pricing model.
Chantal B.
Overall rating

I'm really very pleased with the tool. I can not say that there is something I'm not satisfied...

I'm really very pleased with the tool. I can not say that there is something I'm not satisfied about. Not only the tool, but also the customer service is top!

I don't think there is something not to like. But I'm interested in knowing as much as possible about 'how to score' your answers. I see that a lot of people in our company use the tool, but they very often don't know how to score. And often you are under time pressure - not always easy to deep-dive in all the information on the site. Especially when you don't use the tool frequently.

Showing 5 reviews of 147 Read all reviews

Q. What type of pricing plans does CheckMarket offer?

Simple pricing based on volume of respondents. All plans include unlimited users and all features.

Q. Who are the typical users of CheckMarket?

CheckMarket has the following typical customers:

Q. What languages does CheckMarket support?

Q. What other apps does CheckMarket integrate with?

CheckMarket integrates with the following applications:

Q. What level of support does CheckMarket offer?