4,5 (177)
Write a Review!
Cross-platform Patch Management for all sizes of enterprises
See alternatives

About ManageEngine Patch Manager Plus

ManageEngine Patch Manager Plus is a web based/cloud based software for complete automated patch management. Patch Manager Plus enables users to deploy patches to Windows, Mac, Linux, and over 550 third party applications. Patch Manager Plus automates scanning of computers, identifies vulnerabilities and the system health of machines, detects missing patches, allows testing of patches before deployment to check the compatibility and installation success. Users can choose from a choice of flexible deployment policies to automate patch deployment and also delay the deployment for a certain number of days. Users can also manage compliance using audits, analytics, and patch management reports.

Patch Manager Plus supports patch deployment to heterogeneous endpoints including desktops, laptops, servers, virtual machines and even roaming users. Ready-to-deploy pre-built packages are provided for common non-Microsoft applications, and users can access patches for Adobe applications, multiple web browsers, and a range of other applications through the third-party application catalog. Patches can be tested on a small group of computers before they are deployed across the business, with users able to manually or automatically approve patches following successful tests. Patches can also be declined for specific computer groups, applications, or based on issues encountered in testing, and all declined patches can be re-added later for deployment.

Patch Manager Plus, now on cloud, allows small and medium businesses to go about their business with minimal investments in infrastructure and maintenance. Patch management on cloud also means the database of latest patches are always synced, the deployments are light and fast, and there's no downtime while managing the computers.

Patch Manager Plus comes in two editions: Professional and Enterprise, and is completely free for 25 endpoints. For businesses willing to keep their computers patched and up to date, to ensure total security against cyber attacks, Patch Manager Plus will be the best bet, ManageEngine promises. 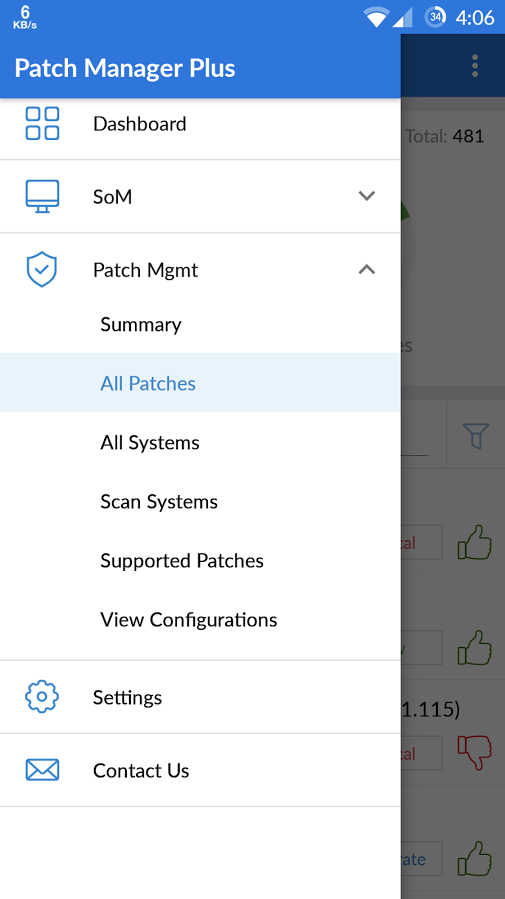 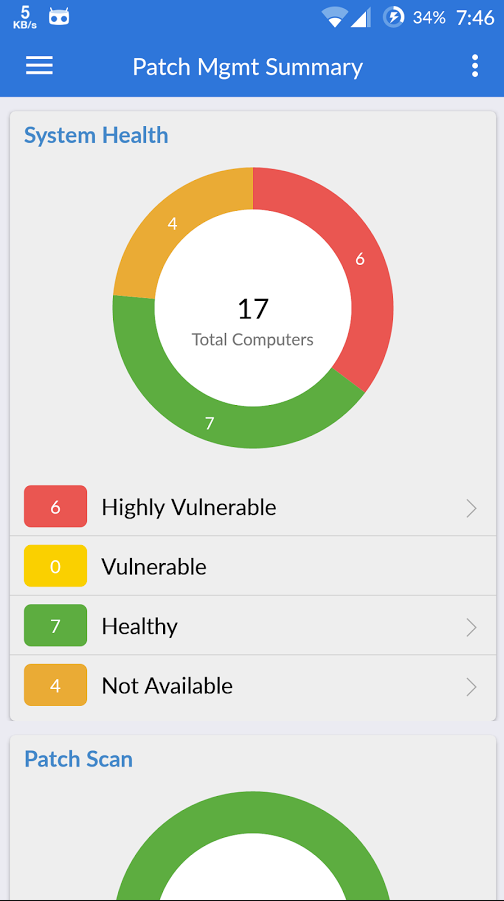 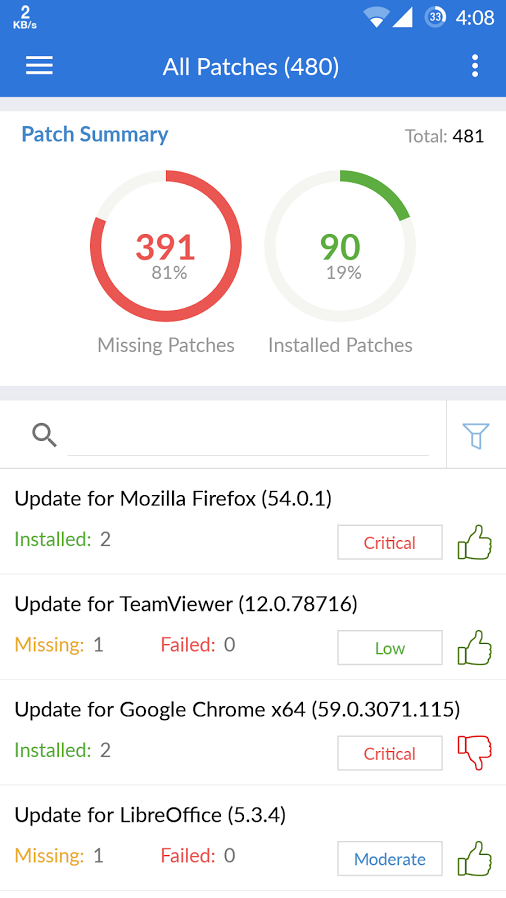 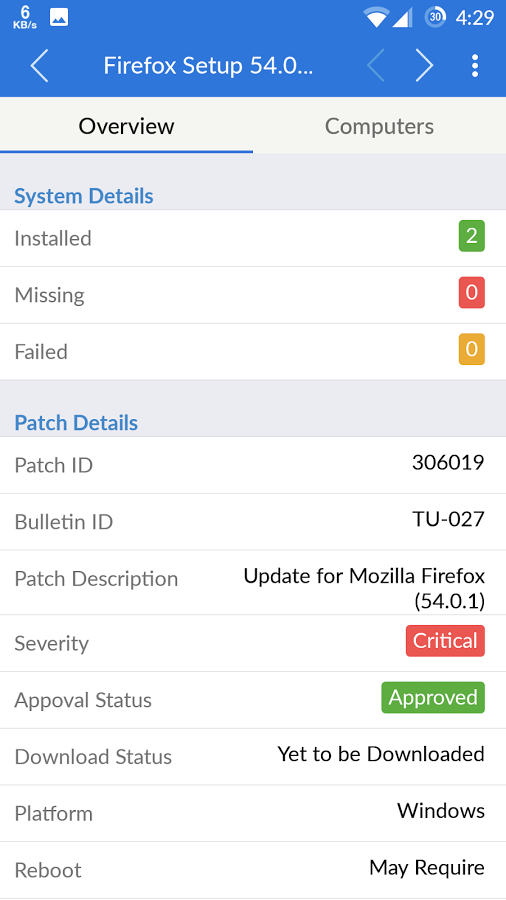 4,9
#2 Alternative to ManageEngine Patch Manager Plus
NinjaOne is the world's easiest-to-use unified IT operations platform. IT leaders use Ninja to maintain infrastructure,...
Learn More Compare

4,6
#3 Alternative to ManageEngine Patch Manager Plus
Atera is the Ultimate All-in-One RMM Tool Suite for MSPs and IT Pros. Combining RMM, PSA, Remote Access and so much...
Learn More Visit Website Compare

Already have ManageEngine Patch Manager Plus?

Ease of use Patch Management

The ease of patching is simplified with this tool. It makes it so much easier to manage and easy to deploy. I really enjoy this application and though I am still evaluating this product, I feel this is the solution for us and I look forward to making this our solution for patching.

I guess the only con would be that the management interface could be a little better. But that is about it.

Patch Manager has reduced our labour effort in monthly "Patch Tuesday" rollouts hugely, and also improved coverage as only an Internet connection is required for patch application and visibility.

The simple cloud-based deployment and management has been a major benefit for us during COVID in the shift to hybrid working. Whereas previously devices required an onsite or VPN connection for patch application and scanning, now only an Internet connection is required. This means our time to patch is massively reduced and consequently security exposure also reduced.

Coverage of third-party applications is very good, and far exceeds the other products we looked at.

The inability to precisely schedule patch timing can be frustrating, and the conversion of Microsoft hex error numbers into signed decimal error codes is annoying.

Very easy to setup and start deploying the agents. Great to have the option to test and approve patches or just automatically approve. Easy to see available and missing patches and the health of the systems.

A bit of a problem with the Mac agent deployment at a large scale, we had to come up with our own script for it, it clearly shows Macs are not the focus. Some views have a delay in refreshing so you sometimes end up seeing a computer with Patch Completed status but with Patches Missing in a different tab, only to go to the systems tab and see that it says 0 for the number of the missing patches.

We needed a tool that allows us to deploy third-party patches and MacOS updates because our existing MDM and RMM tools fail to do that properly. This tool gives us IT control and user convenience over when to restart and install the patches.
Yoginath G.
Overall rating

There are two main attack vectors that make up 95+% of all breaches; Social Engineering and...

There are two main attack vectors that make up 95+% of all breaches; Social Engineering and out-of-date patches. This platform will help us mitigate patch management to keep our domain safer.

Very intuitive UI with a great onboarding meeting. Way more supported third party apps than the competition with an avenue for requesting more. Support has been phenomenal with live chat being the go to for any questions. Chat solves most issues with a ticket creation and followup if necessary.

I haven't got any at this point, very intuitive with great support

Q. What type of pricing plans does ManageEngine Patch Manager Plus offer?

Q. Who are the typical users of ManageEngine Patch Manager Plus?

ManageEngine Patch Manager Plus has the following typical customers:

Q. What languages does ManageEngine Patch Manager Plus support?

Q. What other apps does ManageEngine Patch Manager Plus integrate with?

Q. What level of support does ManageEngine Patch Manager Plus offer?