RedLine13 is a cloud-based load testing tool, which helps businesses determine the performance of web pages, URLs, and API endpoints with an increase in the number of users or visitors. Features include data backup, clone testing, percentile results, file import, and load agent tagging. 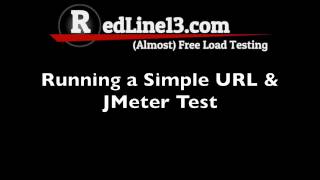 5
#1 Alternative to RedLine13
LoadUI Pro is a cloud-based performance testing software designed to help businesses of all sizes create and execute...
Learn More

4,8
#3 Alternative to RedLine13
Obkio is a cloud-based network monitoring and performance testing tool that assists IT teams with session analysis and...
Learn More

5
#4 Alternative to RedLine13
Zebrunner is a cloud-based software designed to help businesses simultaneously conduct web, mobile, and API tests on a...
Learn More

We have saved lost revenue of $50K by removing performance critical defect using RedLine13, Go for...

We have saved lost revenue of $50K by removing performance critical defect using RedLine13, Go for it.

easy, and cheap way for load testing. We can Take complete control of your tests by running them in your own AWS environment.

I don't see any disadvantage for using RedLine13

The Most Bang For Your Buck!

I've used both Redline and BlazeMeter at multiple companies and in terms of value and support,...

I've used both Redline and BlazeMeter at multiple companies and in terms of value and support, Redline is far superior.

Redline covers all the basics for a JMeter cloud load testing platform - like data aggregation from multiple injectors to reporting all the results and metrics inline in their very nice html reports. Additionally, I like the freedom of spinning up my own injectors in our AWS account rather than working with platform hosted injectors that are limited and locked down. With the Redline model you have much more granularity of control in your tests. And Redline Support is unmatched. I've never had better support for a load tool than I've found at Redline. They are very prompt and thorough.

While Redline may lack a few of the bells and whistles offered by BlazeMeter, they are gaining ground on them everyday. Probably the two features I would most like to see them add soon is 1) the ability to override jmx thread group settings for virtual users, ramp up, and iterations in the Redline Test gui interface, and 2) more extensive test repository organization features - e.g., test workspaces / project folders.

Great product and support for load testing at high scale

As part of our Professional Services, we use Redline13 services for load testing Video Streaming...

As part of our Professional Services, we use Redline13 services for load testing Video Streaming servers delivering HLS, MPEG-DASH, Smooth or HDS with
our UbikLoadPack plugin for JMeter.

It allows us to easily deploy and scale our tests to tens of thousands of Virtual Users deployed across the world by triggering in few minutes tens of AWS machines
on multiple Datacenters.
The integration with Apache JMeter is great and what we like is:

- the ability to use full features of JMeter without an abstraction layer that would hide some features
- the dashboard report generated across all servers as long as the access to an aggregated result file to analyze the results in more details
- the ability to get live feedback on agents, errors and response times

Finally, the support is very reactive and very smart at fixing the issues we faced.
They take into account our feedback and improve the product even more making our life easier.

As a bonus, we are also able to use nightly builds of JMeter which allows us to get access to latest fixes and enhancement of the software.

If I must find something to improve, maybe graphs could be a bit more sexier.
Also, a nice addition would be to allow integration with APMs.

The license of Redline13 (no limits for Virtual Users, Test Duration and Number of Tests) allows a...

The license of Redline13 (no limits for Virtual Users, Test Duration and Number of Tests) allows a lot of things without having to change license.
AWS Tag Management allows you to finely control costs.
Added to this is a simple and effective GUI where you just have to upload a JMeter script to run a test.
Thanks to the functionality of JMeter ($ {__ P ()} and JMeter Options as -Jkey = value) and their integration into Redline13 (automatic detection) and the ability to clone a test in Redline13, anyone can run a test by varying the parameters once the script is done.
Cherry on the cake, the support is very responsive and open to evolution.

Cheap and easy way to do load testing. RedLine13 made it easy to ensure we have the ability to do a load test with every service release.

Showing 5 reviews of 6 Read all reviews

Q. What type of pricing plans does RedLine13 offer?

Q. What are the main features of RedLine13?

We do not have any information about RedLine13 features

Q. Who are the typical users of RedLine13?

RedLine13 has the following typical customers:

Q. What languages does RedLine13 support?

We do not have any information about what devices RedLine13 supports

Q. What other apps does RedLine13 integrate with?

RedLine13 integrates with the following applications:

Q. What level of support does RedLine13 offer?