Airbrake provides frictionless error monitoring and performance insight for your entire app stack. And we give you all the context and root-cause diagnostics you need to fix issues quickly. That means less stress for you and a better experience for your users. Airbrake supports all major platforms & languages, integrates with your existing workflow tools, and is trusted by thousands of the world's best engineering teams, including Netflix, Salesforce, Oracle, eBay, Twitch, & Soundcloud

Error charts show error trends over time, when application and bug fixes were deployed, and any instances where the number of errors exceeded the rate limit for reporting.

Deploy tracking reveals which bugs were fixed and any new bugs launched.

Custom alerts and notifications give users control over who sees which errors, when and how. 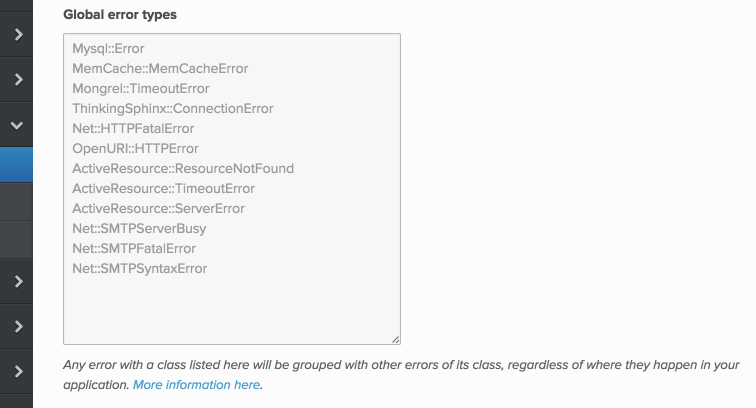 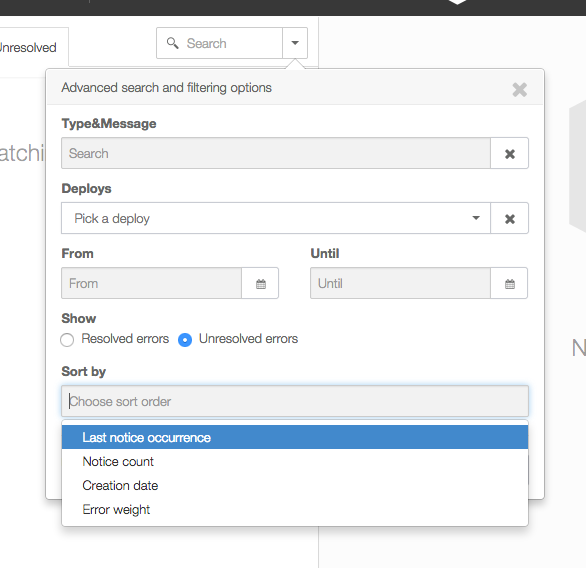 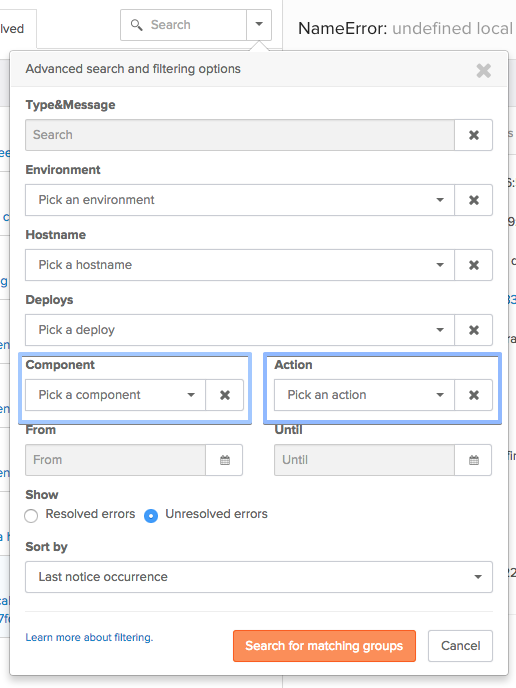 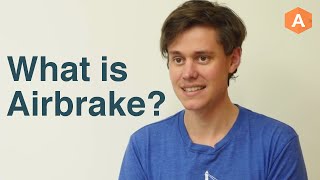 4,8
#2 Alternative to Airbrake
Quixy is a cloud-based No Code digital transformation platform that empowers business users with no coding skills to...
Learn More

4,2
#3 Alternative to Airbrake
Odoo is a fully-integrated, customizable, and open-source suite of business applications. A majority of the business...
Learn More

My Favorite Error Tracker for Webapps

Airbrake has made error tracking easy for us and I enjoy that the interface and feature set...

Airbrake has made error tracking easy for us and I enjoy that the interface and feature set continue to improve over the years.

Airbrake is one of the items on our checklist to setup with every new webapp we create. The setup is fast and it provides immediate value. Being able to receive an email for a new error that comes in is indispensable.

I would like to see Airbrake integrate with Kanbanery as that is our agile project management tool of choice. It does already integrate with Trello and Pivotal Tracker. Finally, while we use Airbrake on all of our apps, we do not always upgrade to a paid plan as it is simply more than we need. If Airbrake had one more lower tier paid option, then we would consider upgrading more apps to paid plans.

We rely on Airbrake for additional production and test environment monitoring of app exceptions. By...

We rely on Airbrake for additional production and test environment monitoring of app exceptions. By linking Airbrake error alerts to HipChat notifications, we get great high-level alerts whenever an error happens, right in our team chat room. It's easy to drill down into the error details with the UI. We also use the Comments feature of the Airbrake errors to reduce bystander effect among team members -- no comment means nobody triaged the issue.

Great UI, easy to drill into the errors. It's great how they roll up errors of similar types intelligently. The "Occurrences" view is especially helpful, to know which errors are infrequent and which deserve higher attention.

We used Airbrake for many years and found it easy to integrate it into projects with Ruby on Rails...

We used Airbrake for many years and found it easy to integrate it into projects with Ruby on Rails and other popular frameworks. Over time the company has shifted more towards using Rollbar which is compatible with Airbrake clients but had more advanced server side aggregation of errors and other search / filtering features that came in handy for us.

It is easy to setup with popular frameworks like Ruby on Rails and Python. Its compatible with similar products which helps avoid vendor lock-in. The service has been running a long time and has established a track record of being reliable.

It is a bit light on features compared to some of the newer competitors. The main decision points for me would be cost and how easily the UI allows you to access the information you need. I think there are competitors with a better UI and the pricing would probably depend on your team size.

Bots, and plugins, and cache invalidation, oh my!

Airbrake has been amazing. We were able to get it installed, configured, tested, and deployed to...

Airbrake has been amazing. We were able to get it installed, configured, tested, and deployed to two applications in about 30 minutes thanks to their open-source packages and concise documentation. We were even able to update Airbrake with information about our releases (git commit #) so we knew exactly what version of the code we were running when a problem began.

We went from being overwhelmed with noisy, pointless, and ultimately ignored exception emails to getting just a few clean and concise notifications. Logging into the site gives you access to a plethora of additional information, as well as an "aggregations" tab that shows the commonality between logically grouped exceptions.

We set up a WordPress blog (there's a plugin!) and an aging ASP MVC site. We had initially assumed that the exceptions would be "dumbed down" to the lowest common denominator, but we were pleasantly surprised to see that each product included platform specific information. Everything is neatly organized and visualized so that it's easy and intuitive to make sense of the mass of information. With roughly 30 minutes of setup we were finally able to pinpoint an issue that we had been speculating about for months. (Bots, and plugins, and cache invalidation, oh my!)

Finally, it's obvious that Airbrake has put a lot of effort and attention into user experience. The interface is so clean, concise, and understandable that it's oddly tempting to show off.

Airbrake is easy to setup, smartly alerts, smartly organizes, is a pleasure to use, and we strangely want to show off our exceptions...5 stars!

I wish it would fix the exceptions too :)

Powerful and easy to use! Plus, a great ROI

Airbrake has been used by other teams in my organizations for quite some time. My team and I were...

Airbrake has been used by other teams in my organizations for quite some time. My team and I were building a new Rails application and we decided to include Airbrake for error reporting.

Using Airbrake was one of the best decisions we made and here's why:
tl;dr - Installation, configuration, and integration were all painless. My only request is to expand supported integrations to more and different systems (New Relic, in our case).

1) App integration: "Installing" Airbrake in our Rails application was as simple as adding an entry in our Gemfile and creating an initializer for configuration. And that's it!

2) Configurability: As I just mentioned, configuration is available in your application. However, configuration "points" also exist in Airbrake at the account, project, and user levels. All these configurations work together seamlessly. This has allowed us to get the right notifications to the right people at the right time and avoid the "notification overload" that can come with other monitoring solutions.

3) External Integrations: Airbrake supports integration with many popular issue trackers and team communication solutions. We integrate Airbrake with JIRA and Slack, so there was no need to introduce a new tool to our daily workflow. However, I would like to see integration support expanded. For example, the integration with New Relic requires a third party solution that ended up not working for us. Airbrake does support webhooks, so we're still able to integrate with systems that are not supported OoTB.

4) Documentation: Setting up Airbrake and integrating it into our ecosystem has required little to no guesswork on our part.

Showing 5 reviews of 29 Read all reviews

Q. What type of pricing plans does Airbrake offer?

Q. What are the main features of Airbrake?

We do not have any information about Airbrake features

Q. Who are the typical users of Airbrake?

Airbrake has the following typical customers:

Q. What languages does Airbrake support?

Q. What other apps does Airbrake integrate with?

Airbrake integrates with the following applications:

Q. What level of support does Airbrake offer?